Fall has certainly lived up to its name this year; so far I’ve dealt with the ‘fall’ of significant relationships and most of you have already heard of my grandmother’s recent passing. Folks, it’s been a tough few months. And we haven’t even hit November yet. 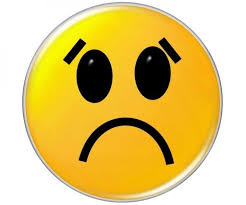 Still, there have been a few high points. After wanting to for a really long time, I finally got the courage to terminate the contract with the company that published my book, The Purple Morrow, so that I could regain full publishing and distribution control. So, for the last few weeks, I have been learning to format and, poof! like magic, the book is now available on Smashwords and its affiliates. And the best part is it wasn’t hard. I might be blogging about that experience soon so I won’t get into all of that now. Re-launching on Kindle (and eventually CreateSpace) is next. But major thumbs up to me for going ahead with this, as I’ve been afraid to tackle this project for months. Yay, me!

…What else has been going on…? What else…?

Last week, the day after our family loss, I went for supper with Sharon from my writing group. She’s such a neat lady: great-big smile, super-smart, funny, and endowed with a really unique writing style and voice. Earlier that week while feeling blah from the falls of Fall, in the hopes of jump-starting my creative flow I had put out a call to the group to see if anyone was into doing a collaborative writing activity. Also, I’d been in ‘editing mode’ so long it was hard to transition back into ‘creation mode’. Anyway, Sharon was game and we met at some neat little local restaurant/microbrasserie. She stuffed me good with the restaurant’s massive onion rings while she sampled their beer and I sipped red wine.

Anyway, a little while later, my stomach full of fries and sausages and onion rings, she pulled out her laptop. I was scared. I mean, okay, this was the reason we’d decided to meet in the first place but…I hadn’t written anything new is ages! And this was Sharon, English lit maven, smooth-talking poet…and then there was me. Internet-bred writer and sorta graduate (not at all) from the Writing School of Hard Knocks and Getting My Ass Kicked by Better Writers. I started to sweat. Grabbed my glass and gulped water. Signalled the waitress for more.

She nodded and walked away, but as she withdrew I thought that maybe I should have more wine. Then I could pass out, avoid this terrible mistake of a meeting and, when I came to, blame the whole thing on the ‘the spirits’.

Mercifully, Sharon went off to powder her nose but then I was stuck with the blank screen, cursor flashing like its sole purpose was to remind me that I had nothing to say. At all.

I’m going to suck. Whatever I write is going to suck. She’s a serious writer. The group is made up of serious writers. I’ll suck and she’ll tell everyone. I’ll have to quit, or move—we might see each other at the mall or Target. Everyone will know I’ve lost my voice. Craaaaap!

I started to write. I’d been staring outside the restaurant’s back door and noticed the street light was casting a greenish-yellow light across the boughs of the trees; the effect was kind of neat.

Capture the mood and then go from there. If it sucks, well, it sucks.

So I continued to write. 350 words was the limit we had agreed on before handing off. Now, I at least I was writing. It wasn’t so bad. But what was, was knowing that Sharon, who had since returned, was waiting to follow-up on what I had started. From over the top of the screen, I could see her politely giving me my space, looking at her phone…

“Alright, done”. I handed her the laptop. “I have no idea what I wrote, but…”

She took it, scanned what I wrote and was off. Damn, she was fast! 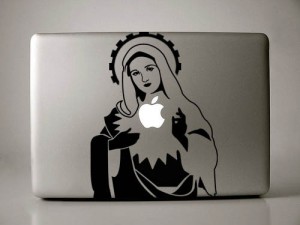 So, we go back and forth like this a while, all serious about the sacred activity of writing, of creating–until she started to giggle. I have no idea what she read that set her off, but suddenly, she was smiling, nodding and typing away. She kept on giggling and kept on typing while I wondered WTH was so funny since I hadn’t intended to create a comedy—what’s funny about a sociopathic teenager bent on a bloody home-invasion???–but I wasn’t really disturbed. I figured at least she was writing and not looking askew at me, gnashing her teeth as she snaps the laptop closed to dash off to hail a cab out of there.

I read her section. It was good. It contained her trademark style. Cool. But it also had some funny stuff in it.

I started to giggle. And giggle some more until I couldn’t stop. Then we were both giggling, laughing out loud like no one else was in the place, writing, handing the laptop to the other, giggling and writing some more…

The night finally ended. We had to go home. But I didn’t want to. I’d had way too much fun.

Clearly, in light of the last few months I’d needed that. But on the other hand, as we talked, we remembered that writing should be fun. Yes, as writers we have specific goals and we work hard, striving to get the next project done, submitted, or edited. But fundamentally, writing should be something we do because we enjoy it—something that leaves us elated, pleased, content. I had actually planned to post the story we’d written, for kicks. I’m just waiting for her permission, if she gives it. Later that night, though, she emailed me saying that long after getting home, she was still laughing, and I admit that for a few hours afterwards, so was I.

I write best when I don’t care about people’s expectations. That night’s experience was a reminder that I should write because it’s fun, that I should worry about the rest (finesse, editing, ‘perfecting’) after I’ve gotten the story out onto the page.

So the message? Enjoy yourself! Write nonsense if you have to. If you’re feeling stressed or stuck about a project, stop, breathe, and think about why you are doing what you’re doing and reset your goals. Or, try an interesting writing exercise with a friend and feed off their energy. Laughing, BTW, is an excellent stress reliever. It can help clear out the crap and leave you feeling relaxed and focused so you can tackle that troublesome project. 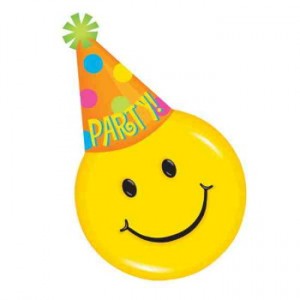 Anyway, I just might post that story one day, so stay tuned. And stay tuned for more information about The Purple Morrow and the sequel, Wolf’s Bane, which I am beginning to prepare in earnest for release in the New Year. I’ll be posting updates, excerpts, and maybe even a cover reveal, too, as the release date approaches. And as usual, drop me a line. I love to hear from you. Do you have any funny writing stories? How do you deal with getting stuck in a rut or feeling insecure, untalented, or like the well has just plain run dry?

15 Responses to “Writing for Fun”